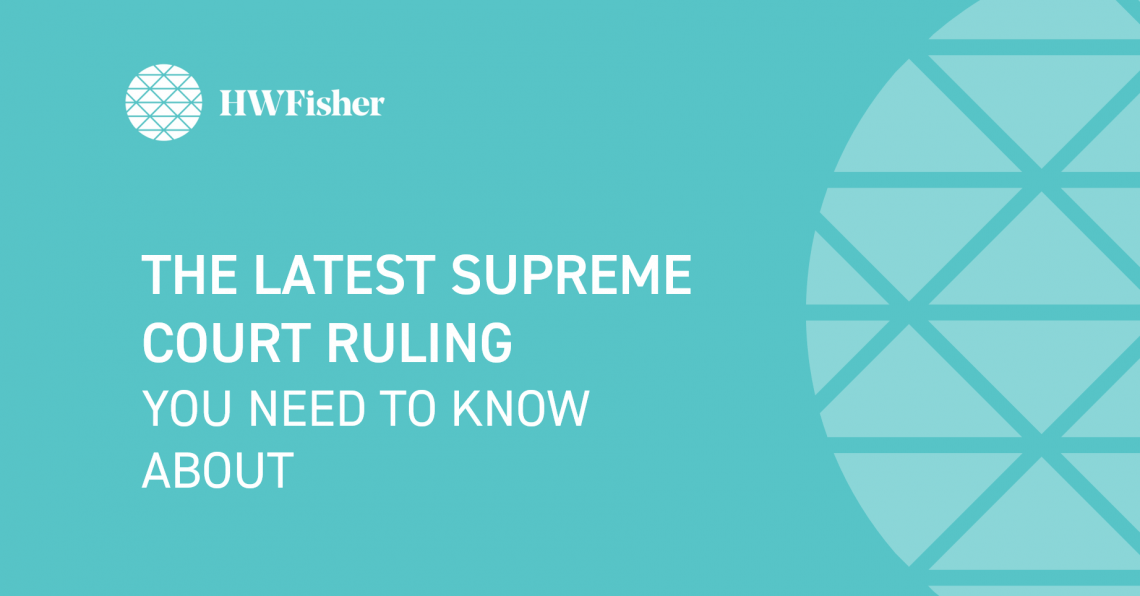 You may have seen some publicity recently following the Supreme Court judgement in HMRC v Tooth, 2021

In summary, the taxpayer (Raymond Tooth) won his case in that there was no deliberate inaccuracy in his 2007/08 return and the discovery assessment raised by HMRC some 6 years after the return was filed was therefore invalid.  However, HMRC won on another matter considered by the Supreme Court which has far more wider and more serious implications for taxpayers, namely that the judgment also invalidates any concept of staleness as a defence to discovery assessments issued long after a tax return has been filed.

Tooth used a tax avoidance scheme in the 2007/08 tax year. However, the online return prepared for 2007/08 did not allow correct reporting of the losses so instead, the ‘white space’ box was used to explain in some detail what they had done i.e. full disclosure. The result of the return was that Tooth claimed a tax rebate for the year.

HMRC always viewed the tax avoidance scheme used by Tooth (Romangate) to be invalid, but although they raised an enquiry against the 2007/08 return in time, for some reason this was under the wrong section (Sch 1A rather than s9A of TMA 1970). The enquiry was later confirmed to be invalid.

HMRC subsequently defeated the Romangate tax scheme and in October 2014, issued a discovery assessment under s29 TMA1970, claiming deliberate inaccuracy and demanding repayment of the tax rebate claimed by Tooth.

Tooth appealed, firstly on the basis his return was not deliberately inaccurate and secondly, HMRC’s discovery assessment issued in October 2014 was invalid because HMRC had not discovered anything i.e. HMRC had known about the issue for years.

The appeal was heard by the First-tier Tax Tribunal and Tooth won.  HMRC then appealed to the Upper Tax Tribunal, which again Tooth won. Importantly, the UTT ruled that a discovery in 2014 about an alleged inaccuracy from 2007/08 was ‘stale’.  HMRC didn’t give up and appealed to the Court of Appeal. HMRC then won on the deliberate inaccuracy issue, but lost on the discovery issue.

HMRC never accepted the ‘staleness’ concept as a taxpayer defence to a discovery assessment and as there were a number of other cases relying on the staleness concept, HMRC therefore appealed again, this time to the Supreme Court.

The Supreme Court unanimously agreed with Tooth that he did not deliberately file an incorrect tax return for 2007/08, therefore the discovery assessment issued by HMRC was out of time and it was therefore dismissed.

What does this all mean?

The findings by the Supreme Court on the discovery issue have now given HMRC the result it has fought long and hard to obtain.  This judgement rules out the ‘staleness’ defence in discovery assessment cases and paves the way for HMRC to more easily pursue e.g. old tax avoidance cases, subject of course to the conditions in s.29 of TMA1970, as well as the statutory time limits.

As a reminder, the normal statutory time limits for HMRC to issue a discovery assessment is 4 years from the end of the relevant tax year, extended to 6 years for careless behaviour and 20 years for deliberate behaviour. The discovery time limits for assessment of offshore income, capital gains and inheritance tax are extended from 4 or 6 years to 12 years from 6 April 2019.

HMRC will undoubtedly use the Supreme Court ruling in Tooth to close down those cases sitting behind this judgement but also to issue discovery assessments in future without fear of facing a ‘staleness’ argument and argue careless or deliberate behaviour in the cases where a discovery assessment is issued more than 4 years after the relevant tax year.

If anyone has any queries about this or more generally about discovery and/or time limits, please do get in touch