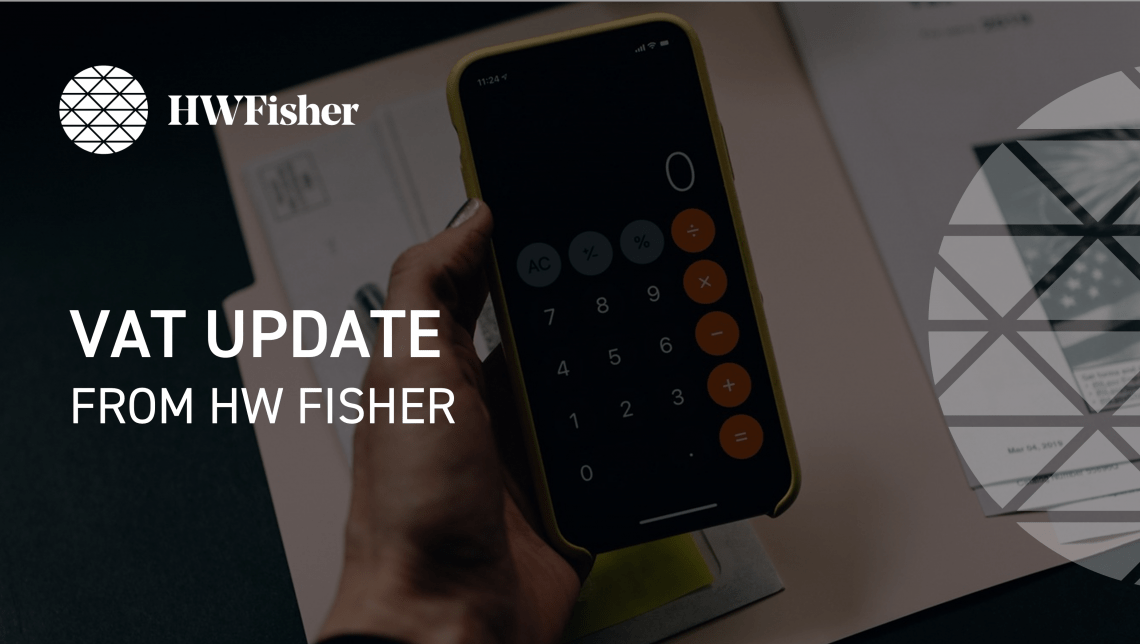 In this month’s VAT Update Gerry Myton and Mike Block bring the latest updates from HMRC including the summary of responses from HMRC’s call to evidence on VAT land exemption, upcoming changes to Making Tax Digital, and the updates on the new VAT penalty regime.

Read on for more updates and a summary of recent VAT cases.

Overseas businesses incurring VAT in the UK are able to reclaim the VAT via the overseas VAT refund scheme. In order to do so, they are required to obtain a certificate of status. There was an imposed deadline of the 31 December 2021 for which business had to do this by.

However, as a result of the pandemic, many businesses and their agents have been having difficulty in getting the required certificate of status from their official tax authorities. As a result, HMRC have agreed to allow overseas businesses more time to submit their certificates in specific exceptional circumstances including:

Late certificates will only be accepted where the application for the certificate is sent before the relevant deadline.

In their first business brief of 2022, HMRC have confirmed that they will be conducting a review into options for reclaiming VAT on the cost of charging electric vehicles.  In 2021, HMRC released RCB 7 which set out their position in relation to recovery:

However, due to the limited options available, HMRC are now considering alternative situations in which VAT recovery may occur and also any simplification measures that could be put into place.

In 2021, HMRC carried out a call for evidence on its consultation on simplifying the VAT land exemption. They have now published their summary of responses which can be found here.

In HMRC’s initial report they had considered 3 potential options to reform the VAT land and property landscape including:

HMRC commented that an ‘overwhelming majority’ of responses rejected all three options.

HMRC also appear to be considering applying VAT to short term property and minor interests, on which responses seem to slit evenly. Some responses suggesting that better definitions of minor and short-term interests would provide better certainty, whilst others commented that such a significant change would result in further complexity and greater confusion.

There were also mentions of the complexity of the anti-avoidance rules for options to tax, and some responses suggested the need for an accessible public record of land and properties that had previously been opted.

HMRC have acknowledged that their guidance could be improved in particular areas including dilapidations, overages, call options and rights of light. HMRC have confirmed that updated guidance on dilapidation payments will be published early 2022, and are working on updating guidance on overages.

Making Tax Digital is currently compulsory for businesses registered for VAT with taxable turnover exceeding £85,000. However, MTD will now also apply to businesses trading below the £85,000 threshold for VAT return periods starting on or after 1 April 2022.

Under MTD, businesses are required to keep their VAT records digitally and submit VAT returns via compatible software that is able to communicate with HMRC digitally. To discuss further, please contact Mike Block.

HMRC are planning to implement a new penalty system for late payment and interest, and late submission of VAT returns. This new system was due to be implemented in April 2022, however HMRC have now confirmed its decision to delay this until 1 January 2023 to allow HMRC more time to ensure their systems are able to handle the new changes. For more information on the new penalties, please contact Mike Block/Gerry Myton.

HMRC have been experiencing significant delays with processing VAT Group registration applications. They have now provided businesses with some clarity on what they should be doing, whilst waiting for HMRC to approve their applications.

Businesses should continue to file their returns as normal as though the application had not been made. If it follows that it is necessary to adjust the VAT position once the application has been approved, then HMRC will contact the business to correct the position. If you wish to discuss further, please contact Mike Block.

Hotel la Tour Ltd (HTL) is a holding company which operates a number of hotels that are run by subsidiary companies.  In 2015 HTL decided to construct and develop a new hotel in Milton Keynes which was financed by selling an existing hotel in Birmingham. HTL sold the shares in the subsidiary which ran and operated the Birmingham hotel.

HTL claimed VAT (approximately £76,000) on the costs incurred in the share sale, but this was refused by HMRC on the basis that the sale of shares is an exempt supply and no recovery was allowed. HTL disagreed on the basis that the costs related to the raising of funds to create the new hotel, which would be a taxable supply for VAT.

The First Tier Tribunal (FTT) has found in favour of HTL, ruling that the VAT was recoverable as there was a direct and immediate link between the costs incurred and its taxable activities of development and management of the new hotel.

The FTT also held that when dealing with fundraising costs, there should be an objective assessment of the intended use of the funds. If the costs of the professional services were cost components of the share price, then the VAT would be irrecoverable, however the FFT held that this was not the case. For more information, please contact Gerry Myton.

This case concerns a charity, City YMCA London (CYL), and the VAT treatment of temporary accommodation provided to young homeless people. CYL owns two hostels, but the dispute only concerns one as the other was under construction.

CYL applied the 28-day rule which allowed them to charge VAT at a reduced rate to occupants staying more than 4 weeks. This was accepted by HMRC as the correct treatment in a routine VAT compliance inspection in 2014.

In 2017, HMRC conducted a second VAT compliance inspection which triggered multiple correspondence regarding the correct VAT treatment of CYL’s supplies, e.g. whether it was welfare service, a supply of exempt land or a supply of taxable land. Ultimately HMRC found that the supplies were standard rated supplies of land but said that the 28-day rule could not be applied as the supply was not ‘hotel like’.

In its final ruling, HMRC confirmed that there would be no retrospective assessments for the VAT previously declared under the 28-day rule.

CYL appealed to the First Tier Tribunal (FTT) to seek confirmation on two issues. The first was whether the tenants gained exclusive possession of the property so that the supply was an exempt land transaction. The second was if it was an exempt land transaction, whether the hostel was a similar establishment to a hotel, so that the 28-day rule would apply.

The FTT held that contractually, there was a licence to occupy land on the basis that the tenants had exclusive possession of their bedrooms and CYL could only access them under special circumstances. The FTT also found that CYL’s supply is by a similar establishment of sleeping accommodation. The temporary nature is the key indicator of hotel like accommodation over VAT exempt long term lettings of residential accommodation.

This case highlights the benefits of obtaining confirmation from HMRC of the VAT position, as they are bound by their decision and cannot take retrospective action if it is later found to be incorrect. For more information, please contact Gerry Myton.

The case of Lockheed Martin UK Limited (LMUK) concerned whether the supply of retrofit surveillance systems made to the Ministry of Defence could be zero rated.

LMUK were contracted to retrofit helicopters with surveillance and mission control systems. Given the complex nature of LMUK’s supplies to the Ministry of Defence, LMUK had an agreement with HMRC that the VAT liability was dependent on the predominant element of the overall supply.

HMRC contended that the predominant element was the supply of the equipment and was standard rated, however LMUK disagreed contending that the essential nature of the supply was the modification service.

LMUK were unable to provide sufficient evidence of what they had actually supplied to the Ministry of Defence. On that basis, the FTT found in favour of HMRC that the supply was a supply of goods. They stated that it was up to LMUK to satisfy them that the supply constituted modification services, but had failed to do so. If you wish to discuss this further, please contact Gerry Myton.

To discuss your specific circumstances or any of the cases mentioned, please get in touch with Mike Block or Gerry Myton. 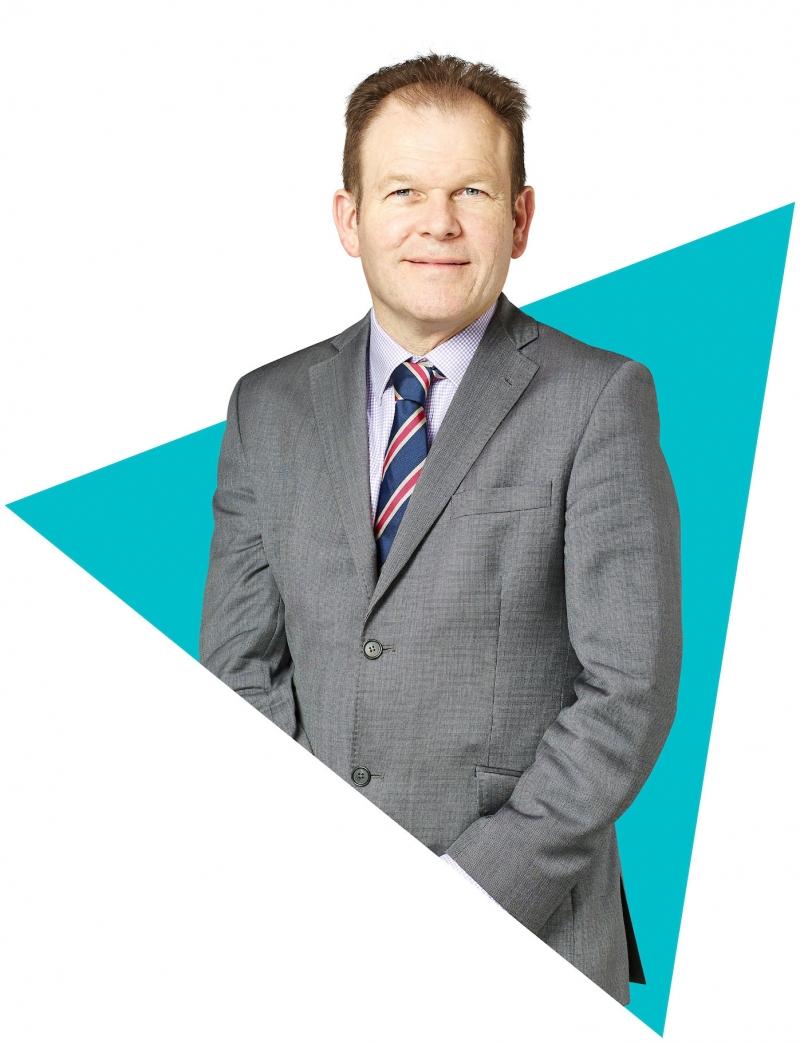