15th September 2021How Residence is Defined and its Implications on Individual Income Tax in China and the UK: Q&A 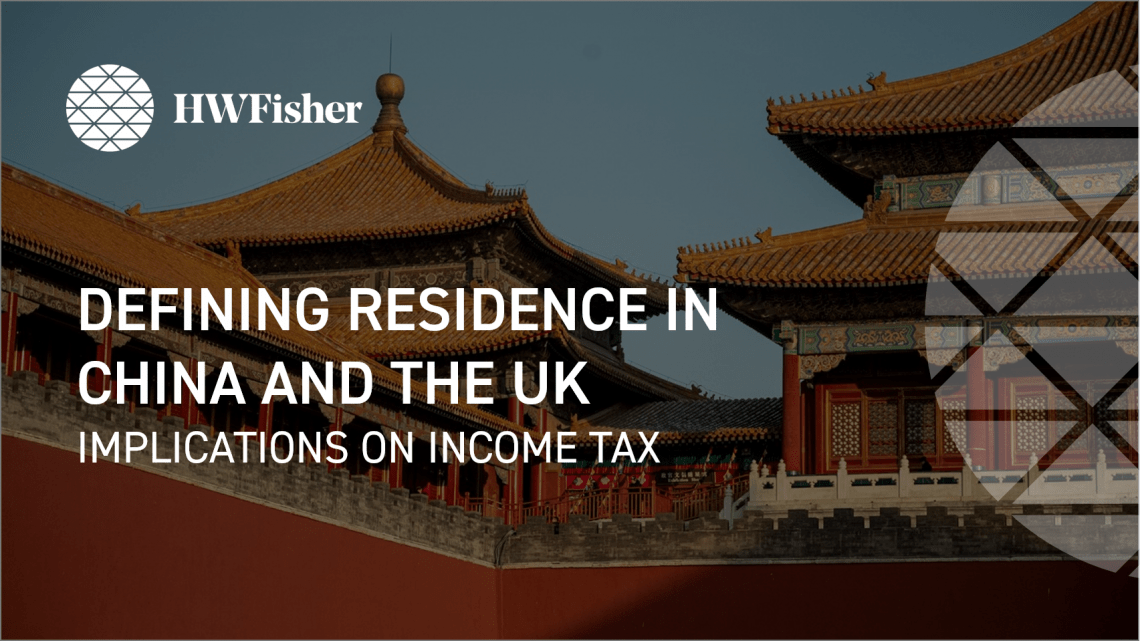 By Jie Su and Maria Kotova

Therefore, knowing whether you are a tax resident of the two countries is important. Dezan Shira & Associates and HW Fisher are qualified tax advisors and address frequent questions that our clients in China and the UK have posed regarding their tax residency and how the computation of tax liability works in these jurisdictions.

Before delving into the Q&A, we would like to clarify that the tax treatment between China and the UK currently benefits from a double tax agreement (DTA). DTAs between various countries are becoming more common for the avoidance of double taxation, suitable allocation of taxing rights, and exchange of information. China and the UK have a DTA in place. The China-UK DTA has been effective in China in relation to income and gains arising in tax years beginning on or after January 2014 and in the UK from, broadly, April 2014.

In this Q&A, Maria Kotova, Head of UK & Ireland Business Development at Dezan Shira & Associates, and Jie Su, Assistant Manager at HW Fisher explain what it means to be a tax resident in China, how it differs from the UK, and what you should do if you are a tax resident of two countries.

What is residency in China?

Maria: Individuals who have a domicile in China, or individuals who do not have a domicile in China but have resided in China for 183 days or more cumulatively within a tax year, shall be deemed as resident individuals. In general, income derived by resident individuals from China and overseas will be subject to IIT in China, according to the provisions of the PRC Individual Income Tax Law. However, there is a “six-year rule”. For a foreigner who is a China resident taxpayer for a duration that is less than a continuous period of six years, only their China-sourced income will be taxable.

To be noted, the Chinese tax year is the same as the calendar year.

How is tax residence determined in the UK?

How to determine if you are a tax resident in China?

Maria: China does not adopt the Statutory Residence Test that is applied in the UK. Instead, there is a straightforward process under the Individual Income Tax (IIT) law in China implemented based on the number of days or the domicile status.

What is the Statutory Residence Test in the UK?

Jie: The Statutory Residence Test came into effect on the April 6, 2013. The test determines your residence status for a relevant UK tax year. You may be a resident in the UK in one year but not the next year.

Although there are several different factors that determine whether someone is a resident in the UK in a particular year, the number of days spent in the UK in the tax year is the primary factor. Individuals spending less than 16 days will be not residents while those spending greater than 183 days will always be residents. Between these two extremes, residence depends on the number of days spent in the UK combined with other factors, such as historic residency, available accommodation, where other family members reside, and employment.

Generally, you will be a resident or non-resident for an entire year; however, in certain circumstances, it is possible to split the year such that you are only considered a resident for part of the tax year, which can have a material impact on your tax position.

For each individual case, we will always look at the conditions in full, according to the Statutory Residence Test and determine your residency status.

What if I’m a tax resident in two countries?

Maria: The new PRC IIT Law has converged with international practices to include avoidance of double taxation and foreign tax credits. The China-UK Double Tax agreement has specific clauses to eliminate the risk for employees to be taxed twice, in China and the UK.

The PRC IIT Law was amended in 2018 and took effect from January 2019, and has a progressive tax system depending on the income. It is a liability of the company to withhold IIT on behalf of the employees in China.

Jie: Yes, I agree, it depends on the double tax agreement.

If you are a resident in the UK and in another country at the same time, you may be liable to tax on the same income and gains in both countries, which means you may pay tax on the same income and gains twice. There are a number of mechanisms that can prevent you from being double taxed. One of them is to look at the double tax agreement between the two countries to determine where you should pay tax.

Where a double taxation agreement exists between the UK and another country, most of the agreements contain a series of tiebreaker tests to help determine which country’s residence takes precedence and to prevent you from being taxed twice on the same income and gains. You will generally be considered resident in the country where your social and economic ties are closer, known as your “Centre of Vital Interests”

Article 4 of the double taxation agreement between the UK and China states which country has the primary taxing rights on certain income and gains.

If you are a resident in the UK and a country that doesn’t have a double taxation agreement with the UK, then you can usually claim the overseas taxes as a credit against your UK liability.

What if my employment income is taxed in both countries (China and the UK)?

Maria: Certainly, to be defined as two countries’ tax resident is a complicated situation. To break tax resident status, taxpayers should pay attention to the days they stay inside of Mainland China. If it is less than 183 days within a year, the resident certainly will not be justified as a China tax resident. At the same time, domicile and economic interest are also another consideration that justifies your tax status.

The main concept of the double tax treaty is to help taxpayers avoid paying taxes in two countries as well as identifying which country/region is entitled to impose taxes on income and on capital gains, irrespective of the way they are levied.

If the tax condition is triggered, where the country of residence is China, you would ordinarily claim the tax paid overseas as a credit against PRC tax liability. But the credit limit cannot exceed the tax paid overseas. The time to declare the deduction in China is usually between March and June of the next year, through the final settlement of the annual individual income tax.

Jie: This is somewhat different in the UK, with a few similarities.

Where you are a UK resident and performing duties outside the UK, then the UK will allow you to claim the foreign taxes as a credit against your UK liability on those earnings.

Most UK double tax treaties have an employment article that provides for relief from local taxes where the duties performed there are less than 183 days (in a specified period). Although the concept is relatively straightforward, the rules can be complicated in practice and care should be taken when considering the implications of these rules.

Jie Su, is an Assistant Manager at HW Fisher and is the primary point of contact for Chinese speaking clients who require advice on UK based property and business investments. You can contact Jie at jsu@hwfisher.co.uk

Maria Kotova, is the Head of UK & Ireland Business Development and market entry advisor at Dezan Shira and Associates. You can contact Maria at UK.Ireland@Dezshira.com 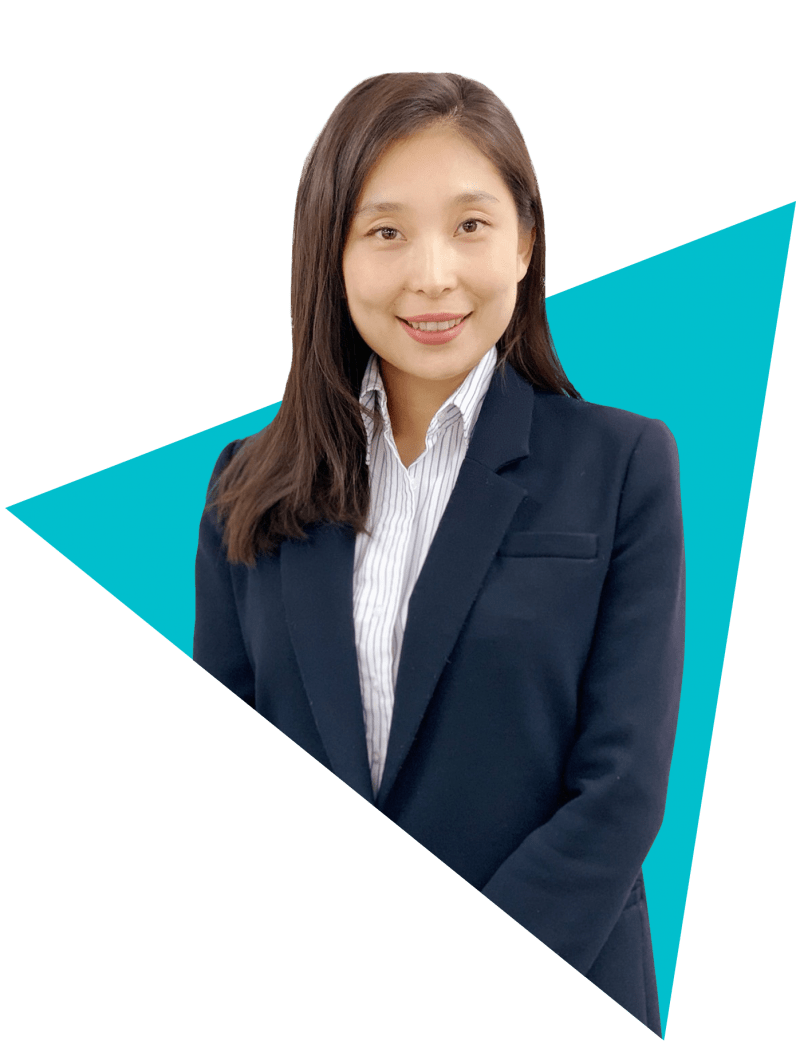