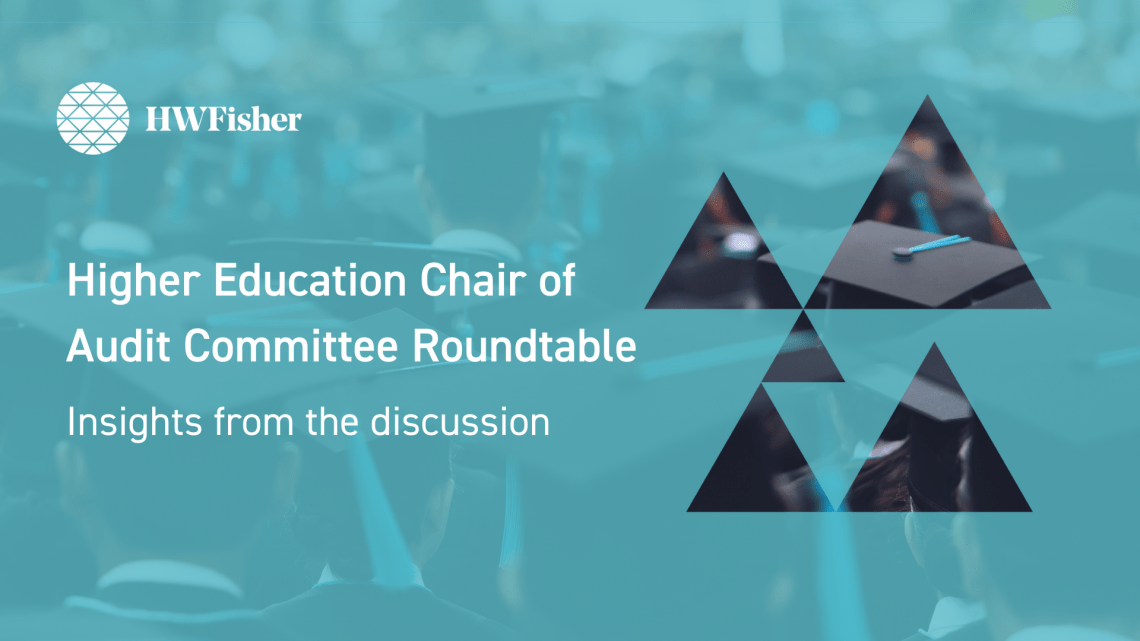 At our recent Chair of Audit Committee roundtable, we were joined by Nolan Smith, Director of Resources and Finance at the Office for Students (OfS), where the current higher education landscape was discussed.  Here we set out some of the thoughts that were discussed.

The event took place two days before the Augar Review response was released by Government so what was discussed around Government Policy and Augar was speculation at that time which we have therefore not included in this paper. However some of the discussion revolved around the costs of the sector and the limited availability of funding given the cost of the pandemic. Clearly the shift in the demographics over the next 5 to 10 years may well be helpful depending on number restraints and what other real alternatives there are to going into higher education.

In terms of research funding, over the last 10 years or so Government has been fairly supportive but there is a potential shift in mindset now with more of a focus on value for money and whether a university is efficient; there is probably a need for the sector as a whole to provide the evidence that they are efficient and effective.

Quality and standards and equality of opportunity

The OfS are in consultation mode at present on three areas relating to how they regulate quality and standards and how to take action to protect students when universities don’t meet the minimum requirements. This is a substantive agenda which is considered to have strong political backing. There are thresholds for full-time and part-time students, both at undergraduate and postgraduate level and these thresholds are designed to set a high bar, always taking account of universities’ individual circumstances, but also maintaining public confidence in the performance of those institutions, and also the sector as a whole.

As an example one threshold is 80% of students continue into their second year of study, which, looking at it the other way round, means 20% drop out. This is not necessarily a high bar and such thresholds need to be considered from a governance perspective; with the information potentially driving change. Governors need to be much more aware of this now because of the implications it may have.

However, the other side of the equation is around equality of opportunity. The OfS have appointed a new director of fair access and participation, John Blake, who is working through the priorities. One of those is about evaluation, looking at what works and just as importantly, what doesn’t work. Despite 20 plus years of widening participation work and investment, it doesn’t necessarily feel that there is 20 years’ worth of evidence of what works and collectively, and more needs to done on that.  It is clearly good that widening participation is recognised but the key is how is it ensured that all students succeed and are universities are doing enough in this space? That’s the challenge now and that’s what the OfS are considering.

The aspirations around access and participation also need to be aligned with quality and standards to achieve real and enduring social mobility through higher education. To achieve this qualifications are needed which are valued by students, employers, and societies.

The OfS also want to see more impactful schools and university partnership activity given the attainment gap opens early in life; so attempts to close the gap have to start early as well. There is a growing expectation of universities to work very closely with schools.  This already happening in many instances but there is an expectation that universities take on a greater responsibility in that relationship agenda. The OfS strategy is around the two main themes of quality and standards, and equality of opportunity.

The need for this is increasing across all sectors and the direction of travel is such that universities are going to need to monitor this quite actively. There will likely be some sort of government intervention in terms of needing to provide data on environmental and sustainability issues moving forward. Essentially ESG is now one of those unstoppable trains.

There is certainly a burden of compliance and one consideration is whether some providers are over interpreting the guidance and doing more than they need to do. The OfS are going to try to assist the sector with this and how best to address the bureaucracy and are working on being clearer in terms of what is expected from a governing body.

What has the OfS learned since inception?

One question the OfS are regularly asked is what they have learned over the first four years of operating. The bill that went through parliament saw the OfS as a regulator but the expectation of the OfS from Government appears much broader now, which creates challenges for the OfS and also for the sector in terms of the breadth of areas.

Whilst providers may not be that keen on being regulated, in reality most are doing the things they are supposed to do and regulation is just the assurance mechanism confirming whether they are complying. There is more to do with some providers where oversight, change and intervention is needed and there will be more focus on those providers where there are issues and problems, whether that is about quality, financial sustainability, management, or governance.

Clearly over the last two years the sector has experienced the unprecedented impact of COVID, with the view being that HEIs have handled the issues very well with short term fixes of cost control and delaying capital expenditure. This coupled with a rapid increase in reliance on technology both in terms of teaching online and back office meant that operations continued pretty effectively; although, possibly with hindsight, some providers had to play catch up in terms of technology.

One of the areas that the OfS have always been concerned about is the financial strategies of pretty much all providers to grow. At an individual provider level that sounds perfectly sensible and reasonable and probably achievable but when taking into account that all providers are forecasting the same, it doesn’t feel sustainable although the increase in student demographics helps to a certain extent. So the big question is what happens if the targets set are not achieved, what is plan B, whilst keeping an eye on what competitor institutions are doing and how you are going to react. For some institutions, it won’t be about growing income but looking at the cost base and what is being delivered and perhaps being more focused.

In terms of management information, there is so much data in higher education. So the key is making sure the focus is on the core activities and that the data is available for proper oversight, for example, areas such as dropout rates. Financial information is relatively easy to see and understand, but some of the student related data will be just as important. It is vital for management to keep governors informed and then it is focusing on what are the key and important issues.

With universities so reliant on technology, if something goes wrong it creates huge problems, not just reputational but operationally. Cyber was therefore noted as one of the biggest concerns.

Governing bodies are expected to constructively challenge, asking the simple questions eg what happens if, how do you know? It is also sensible to ensure that they have oversight of an assurance map (linking the assurances to the main risks) including third party assurances tapping into sector experts and networks.

The subject of remunerating Governors was discussed, challenging whether it would make a difference to pay them? Would universities attract a different calibre of people or indeed, do they actually need to do so? Perhaps but it is possibly more marginal than in some other areas because the university sector has a good reputation and that in itself does attract good people. However, it is not an unreasonable request given the amount of effort and energy and work that goes into being a Governor.  There is an argument that if you want people who are closer to the students in age then actually compensating for the time must be considered.

One interesting avenue was discussed in terms of younger board members where some universities have formed a direct relationship with the board apprentice program and one has just recruited their second board apprentice having had a very favourable experience with the first.

Our next Higher Education Chair of Audit Committee roundtable will be taking place at 9am on 15 June 2022 where we will be joined by Professor Susan Lea, Vice Chancellor of the University of Hull discussing the Environmental, Social and Governance (ESG) Agenda. Do contact Louise Hughes to reserve your place. 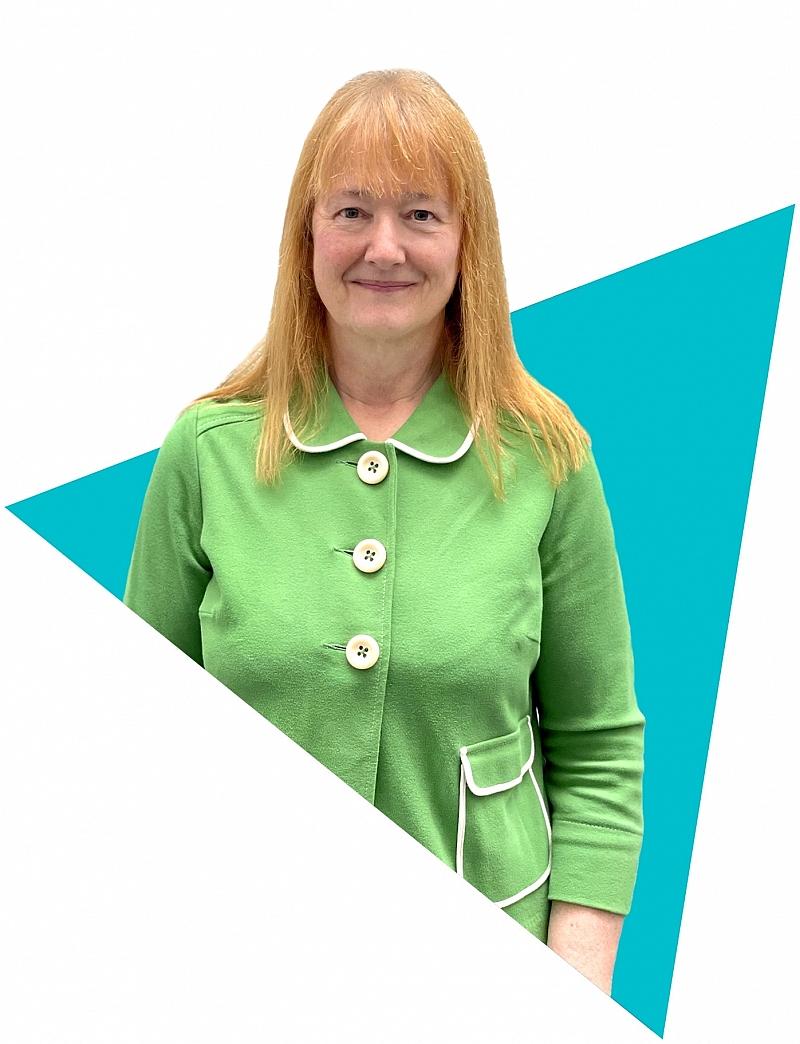